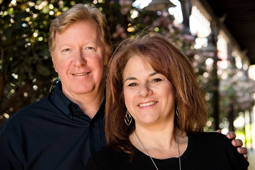 JDS Video & Media Productions is a woman majority owned business. The majority owner is Diane Strand, and her partner in life and business is Scott Strand. They both graduated from the Cinema and Television Arts department of Cal State University Northridge, and have acquired over twenty-five years of experience in video production and media marketing.

Diane (See Bio)(See Resume) began her career as a producer for theater productions. She later moved into main stream entertainment television on such shows as General Hospital, Friends, and Veronica’s Closet. Diane was also an in-house staff producer for The Walt Disney Company, Universal Studios, and the Staples Center where she produced for the Lakers, Kings, and Avengers. Finally before escaping the Hollywood scene Diane spent 11 months working in reality television. Diane then found her ultimate passion in creating corporate videos for marketing, communications and product launches, where she gained a reputation of creativity, meeting of deadlines, and always bringing it in “on or under” budget. Email

Scott (See Bio) (See Resume) began his career as an actor; performing in regional theatre and features films such as Last Man Standing and HBO’s Tyson. He then moved behind the camera polishing his talents in writing, directing, and editing. In 2003 Scott wrote and directed a short film that screened at Cannes Film Festival. Scott still enjoys his passion for acting and in his free time, you’ll still find him appearing in local community theatre. Email 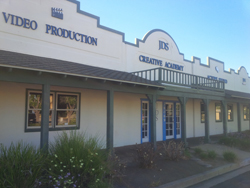 At JDS Video & Media Productions, we make our clients our highest priority by customizing the budget and project to meet whatever media solution your business needs. We look forward to working with you and assisting you in growing your business. Our consultations are always complimentary and we would be pleased to discuss any project and prepare a bid for your review.

JDS was founded in 2003 in North County San Diego, and in 2008 JDS expanded and relocated to Temecula, CA. Diane and Scott are deeply involved with community business and economic development. JDS Video & Media Productions is a member of many business and community organizations EDC of Southwest California, San Diego North EDC, Temecula Chamber of Commerce, and Murrieta Chamber of Commerce. Diane is currently holding a Board of Directors seat on Southwest Community Development Organization, which works to bridge education, the Riverside County Workforce Investment Board and business and the EDC of Southwest California. In addition, Diane is on the marketing committee and green committee for the EDC of SWC and the Women in Business Committee for the Temecula Valley Chamber. Diane is a mentor through ROP. Both Diane and Scott are founding members of the Women’s Business Center of California and Charter Board Members of the North San Diego Real Estate Investors. 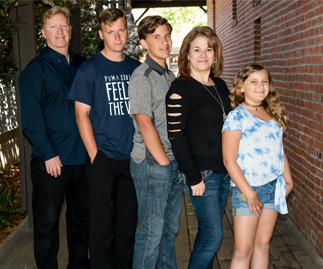 Diane and Scott are very proud to be the parents of two wonderful boys and their beautiful girl: Joshua Daniel Strand, 19 , Jordan David Strand, 15 , and Jasmine Diane Strand, 10. All three who are namesakes of “JDS” Video & Media Productions, Inc.